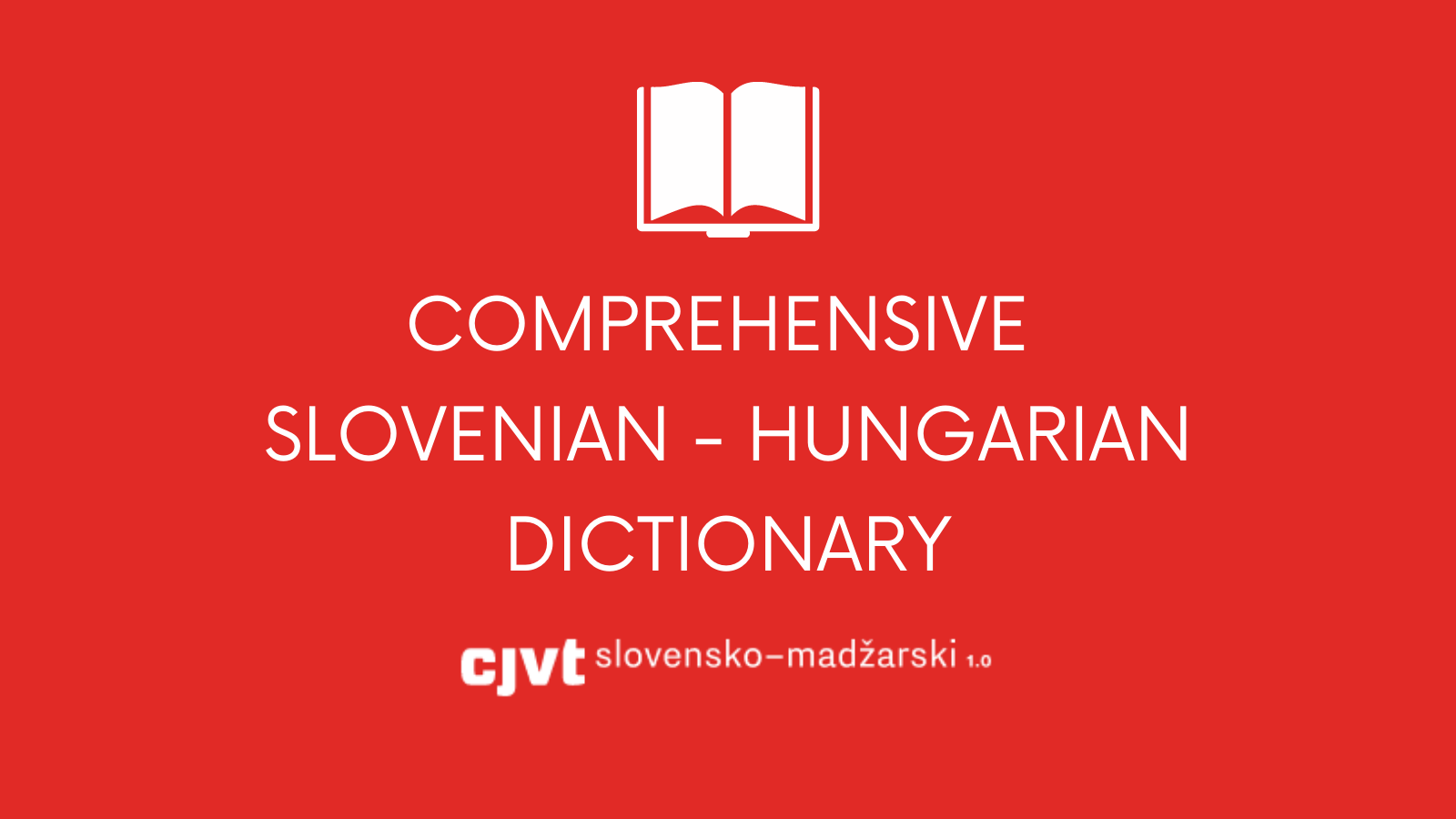 The Comprehensive Slovenian-Hungarian dictionary is a general bilingual dictionary that is being compiled at the Centre for Language Resources and Technologies of the University of Ljubljana (CJVT UL). Version 1.0 contains 10,946 headwords, 33,298 translations, 15,265 collocations and other word combinations, and 2,416 examples.

The Comprehensive Slovenian-Hungarian dictionary is a growing dictionary, which means that new headwords will be added in regular intervals.

Two key features of the dictionary underline its general importance and innovativeness:
Firstly, the entries are compiled completely from scratch based on a manual analysis of large amounts of corpus data, with lexicographers using state-of-the-art methods and tools to facilitate their work. On terminological issues, experts in different disciplines at the University of Ljubljana are consulted. Moreover, in line with international trends, the dictionary contains a great deal of contextual information such as typical word combinations and sentence examples, which demonstrate the use of headwords in real language and are very useful in translation and language learning as well as in written and spoken production.
Secondly, the Comprehensive Slovenian-Hungarian dictionary represents a basis for other bilingual dictionaries in Slovenia, as the dictionary database contains additional collocations and examples that were not used for the Slovenian-Hungarian pair, but can be used in the compilation of language resources of other Slovenian-foreign language pairs. It is also important to note that the database of the Comprehensive Slovenian-Hungarian dictionary is part of the Digital Dictionary Database which is also being developed at CJVT.

The dictionary is targeted at various user groups, including translators, teachers, and students, as well as those working in the business sector and public administration. The dictionary can be used by Slovene users (those with Hungarian as a second/foreign language) as well as Hungarian users (those with Slovene as a second/foreign language). The Slovene users can use the dictionary when translating from Slovenian to Hungarian, and for encoding activities, i.e. producing written and spoken Hungarian. The Hungarian users can use the dictionary for decoding activities, i.e. understanding written and spoken standard Slovene.

The multi-fold purpose of the dictionary is also shown in the entries and interface design. A special icon marks the translations that are particularly interesting in terms of contrastive differences between the two languages. In addition, audio recordings are available for all headwords, translations, collocations and examples.

In line with CJVT principles, a great deal of attention was paid to the development of a user-friendly interface, which provides the users with different options of making a quick overview or filtering different parts of an entry. The point of departure when designing the interface were the solutions proposed in the Proposal for the Compilation of Dictionary of Modern Slovene (Krek et al. 2013) and already implemented in the interfaces of existing CJVT resources, with new features being added at a bilingual level.

The work on the dictionary is monitored by an external body of advisors, comprising of distinguished international experts in the fields of lexicography and language technologies: