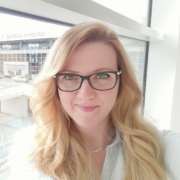 Junior lecturer at the Department of Library and Information Science

The University of Belgrade, Faculty of Philology (UB FLF)

Reserachers at the UBFLF are experts in linguistics, philology, literature and foreign language acquistion. However, there is a group of Human Language and Technology (HLT) researchers that is primarily focused at Computational Linguistics. In close collaboration with similar groups from several other UB institutions, the UBFLF HLT team developed a critical overview of the current state of conceptualization, terminology, methodology and language resources, as well as solutions that enable modernization and better systematization of the conceptual apparatus, standardization of terminology, introduction of new methods in linguistic research and development of language resources that meet contemporary standards. UBFLF has a close collaboration with JeRTeh, the Language Resources and Technologies Society, of which some members of the UBFLF HLT team are among founders.