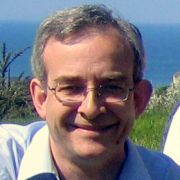 The Centre for Advanced Welsh and Celtic Studies is a dedicated research institute of the University of Wales, located alongside the National Library of Wales in Aberystwyth in Wales (UK). It carries out collaborative research projects into the language, literature and history of Wales and the other Celtic countries. One of the Centre’s most important research projects is Geiriadur Prifysgol Cymru (GPC), a historical dictionary similar to the Oxford English Dictionary. GPC is the acknowledged authority on the spelling, derivation and meaning of Welsh words. Apart from its scholarly uses, it is used in all areas of the Welsh public sphere, providing the lexical information necessary to produce terminology for bilingual documentation in fields such as government, education, health, law and business.

Since its inception in 1921 GPC has had a network of voluntary readers and informants, and uses both old and new media to seek examples of contemporary usage and to promote public interest in the language. The work is based on a collection of 2.5 million traditional citation slips and a large collection of searchable electronic texts of all periods. The first edition started appearing in 1950 and was completed by 2002 whereupon work began on a second edition of most of the A–B section. A full online version was launched in 2014 as GPC Online and as Android, Amazon Fire and Apple apps in 2016. Since going online, attention has been focused on adding new vocabulary and the selective revision of groups of related words. The Dictionary is jointly funded by the devolved Welsh Government and the University of Wales.

GPC entries give the standard spelling(s) of the headword, the etymology (where known) back to Indo-European (if derived from Celtic) or to another language in the case of loanwords. Part-of-speech information is given, including gender and plural form(s), singulative or diminutive forms, transitivity of verbs, etc. Major senses are subdivided into sense paragraphs, together with a Welsh definition and English synonyms, and a number of carefully selected citations arranged in chronological order to illustrate the use of the word, its various forms, figurative use, and colloquial forms and meanings. Variant forms of the headword are treated separately and illustrated with citations, as are significant collocations, proverbs, etc. Cross-references are given to related entries.